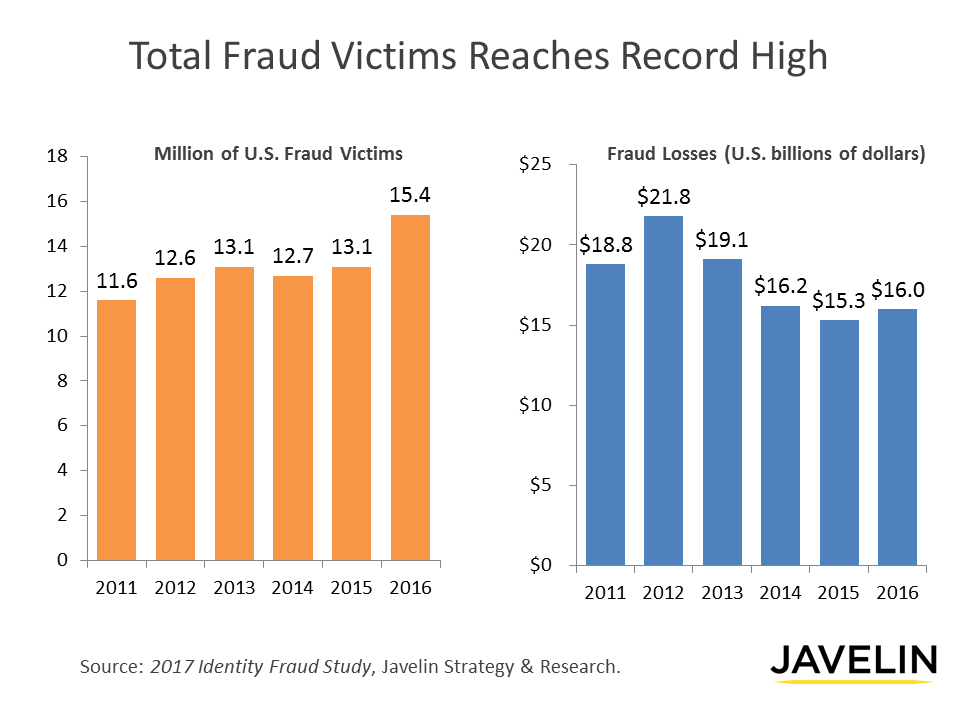 There was a resurgence in existing card fraud in 2016, which saw an increase of 40 percent in card-not-present (CNP) fraud.The study also found that the increase in EMV cards and terminals was a catalyst for driving fraudsters to shift to fraudulently opening new accounts. On a positive note, while fraudsters are becoming better at evading detection, consumers with an online presence are getting better at detecting fraud quicker, leading to less stolen overall per attempt.

The annual 2017 Identity Fraud Study is a comprehensive analysis of identity fraud trends, independently produced by Javelin Strategy & Research and made possible by LifeLock, Inc., a leading provider of proactive identity theft protection services for consumers. Now in its fourteenth consecutive year, it is the nation’s longest-running study of identity fraud, with 69,000 respondents surveyed since 2003. 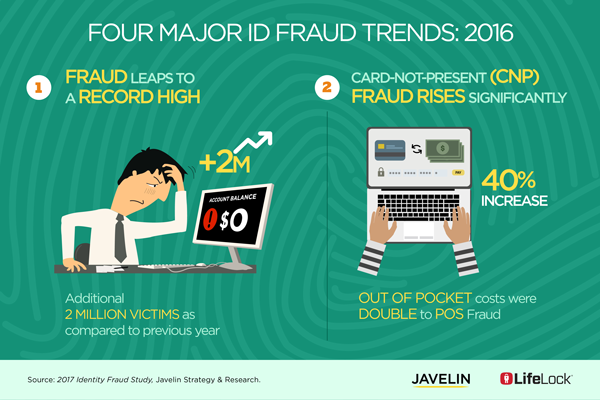 “After five years of relatively small growth or even decreases in fraud, this year’s findings drives home that fraudsters never rest and when one areas is closed, they adapt and find new approaches,” said Al Pascual, senior vice president, research director and head of fraud & security, Javelin Strategy & Research. “The rise of information available via data breaches is particularly troublesome for the industry and a boon for fraudsters. To successfully fight fraudsters, the industry needs to close security gaps and continue to improve and consumers must be proactive too.”

Identity fraud is defined as the unauthorized use of another person’s personal information to achieve illicit financial gain. Identity fraud can range from simply using a stolen payment card account, to making a fraudulent purchase, to taking control of existing accounts or opening new accounts.

In 2016, Javelin conducted an address-based survey of 5,028 U.S. consumers to assess the impact of fraud, uncover where fraudsters are making progress, explore consumers’ actions and behaviors and how it relates to fraud risk levels, and identify segments of consumers most affected by fraud.

Javelin recommends that consumers work in partnership with institutions to help minimize their risk and impact of identity fraud. The following are seven recommendations for consumers to follow:

To learn more about how consumers can protect themselves, visit LifeLock’s blogs.

To report incidents of suspected fraud or identity theft, visit the FTC online.

All trademarks are the property of their respective owners.