Given this exponential increase in willingness to bank via mobile devices, it comes as no surprise that this year’s scorecard also saw a dramatic jump in financial institution support for mobile banking enrollment through a mobile device. It jumped from 7% in 2014 to 30% in 2015 among the top 30 retail U.S. financial institutions. With more than two-thirds of top banks still requiring some online interaction to enable mobile banking, there is still a significant gap between supply and mobile-first customer demand.

Other factors are driving institutions toward standalone mobile support, including customers’ willingness to open new accounts entirely through their mobile devices. Support for mobile new account opening among the top 30 financial institutions doubled over the past year to 33%. 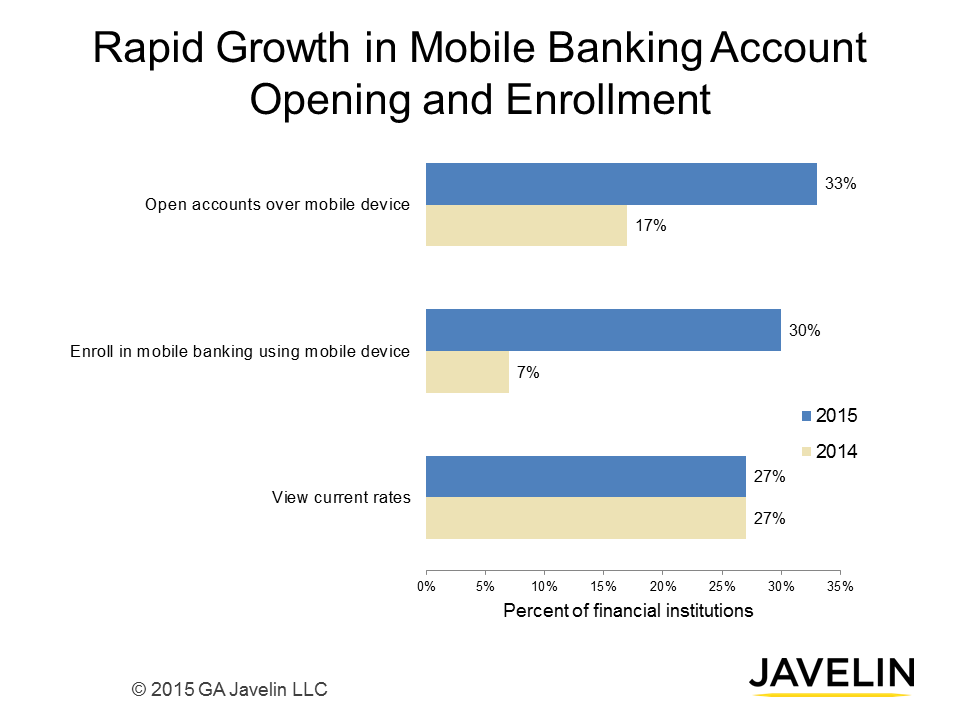 “We are finally seeing mobile banking moving out of online banking’s shadow, said Emmett Higdon, Director of Mobile, JAVELIN. “With strong support for tools to discover, open, and monitor financial accounts through mobile devices without first interacting with online banking is a key strategy in attracting, and retaining, profitable mobile-first customers.”